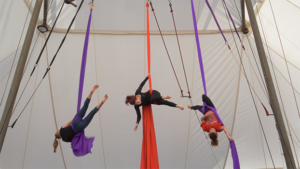 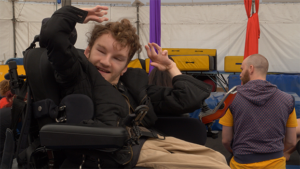 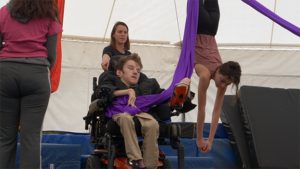 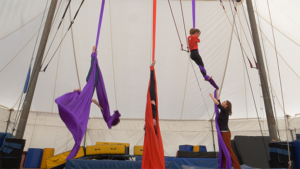 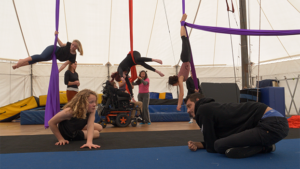 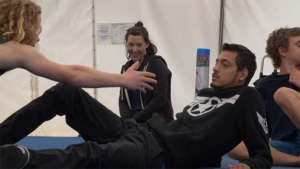 People were asked to bring in a small object. Something which had meaning or a story, felt interesting to see or touch but also something they would be happy to give away. It could be  a part of something like the wheels from a skate-board, a pair of sunglasses, a soft toy or a spiky ball. They may end up being part of the design work on stage or they may just contain their stories. One group talked about the tortoise for a long time. For some people it meant comfort because the tortoise has a shell. For other people the tortoise meant old in age and time. Hugo chose a tinselly paperweight because it was crunchy and had weight. Arlo chose a spiky ball because it felt good in his hand. He liked the colour - "pink is a happy colour, you don't get sad pink it's always happy pink". Dayna chose Pooh because he's soft and squishy and reminds her of childhood, of good times.

Creating material for duets and quartets in first section "Hold". 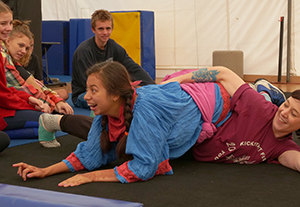 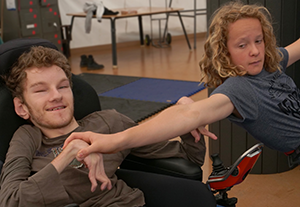 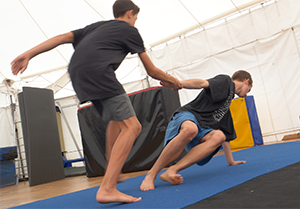 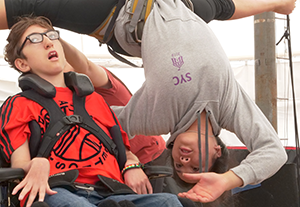 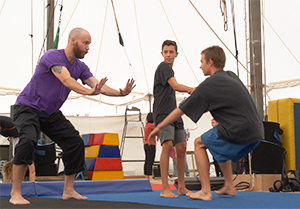 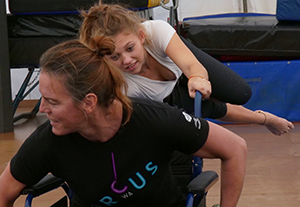